We all need a little recess from time to time. For me, that time was today.

Today’s post and next Wednesday’s are both intermissions from the current project and both are translations.

Abstraction and Experimentation both ask us to find inspiration from others. This image is a complete translation of a work of art by Peter Halley.

As quickly as possible, I translated his image into the below. Mine has an unexpected Americana feel. 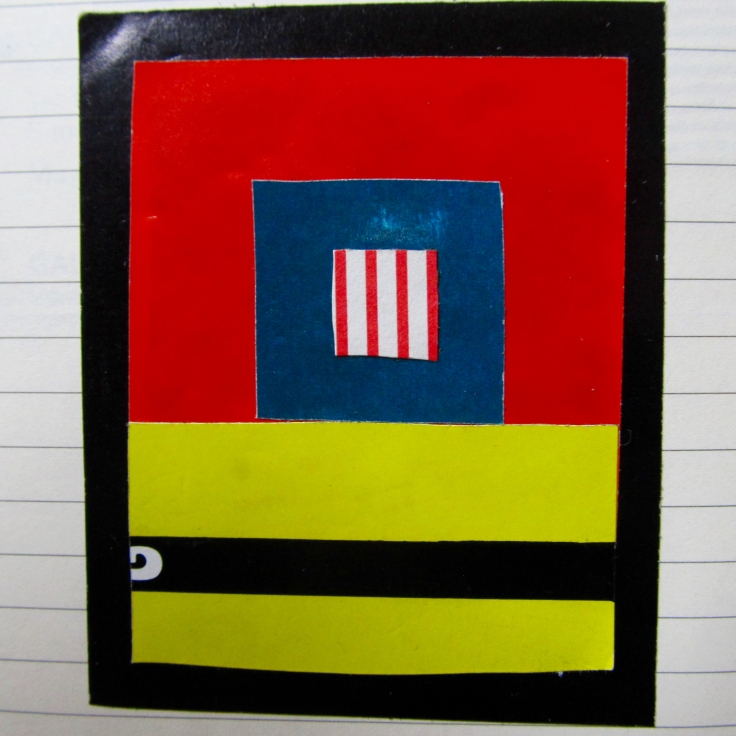 Unless your new image takes a significant departure from the original, be sure to credit the original artist.

Next week, we will do the same thing with language. 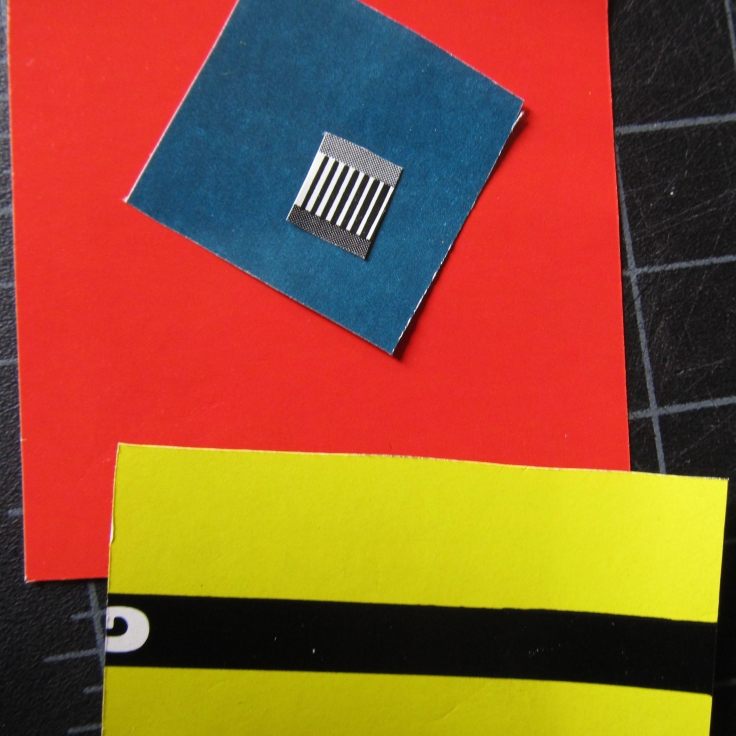 In progress, less Americana-ish, but the center image did not have enough contrast to make the image compelling.

Option
So, you don’t want to play with images? That’s all right too.

Find an image, as above, and translate it into a word-collage:

what does a red flat background sound like as words?
what are four small horizontal lines?
how do you write a red vertical line?

Use the same physical space as the original image, and create a word collage based on image. Not on language. Do not describe the image, just make a language based copy of it.

This image would, for instance, consist of four long horizontally spaced poems of equal length, followed by a space and then one long bright line of language.

One thought on “Intermission”